On tap online educational resources for Scottish Water’s suppliers and its customers of the future.

Scottish Water is Scotland’s publicly-owned water supplier. Answerable to the Scottish Government, it is responsible for bringing water to the taps of households and businesses throughout Scotland, as well as disposing of waste.

We were tasked with designing, building and configuring a learning management system for Scottish Water. Whereas the majority of the LMS platforms we deliver educate in-house learners, in the case of this utilities LMS for Scottish Water the target audience was external learners: young people throughout Scotland, as well as companies working in Scottish Water’s supply chain.

In each case, Scottish Water wanted to be able to track usage of its learning packages among both of its target audiences. 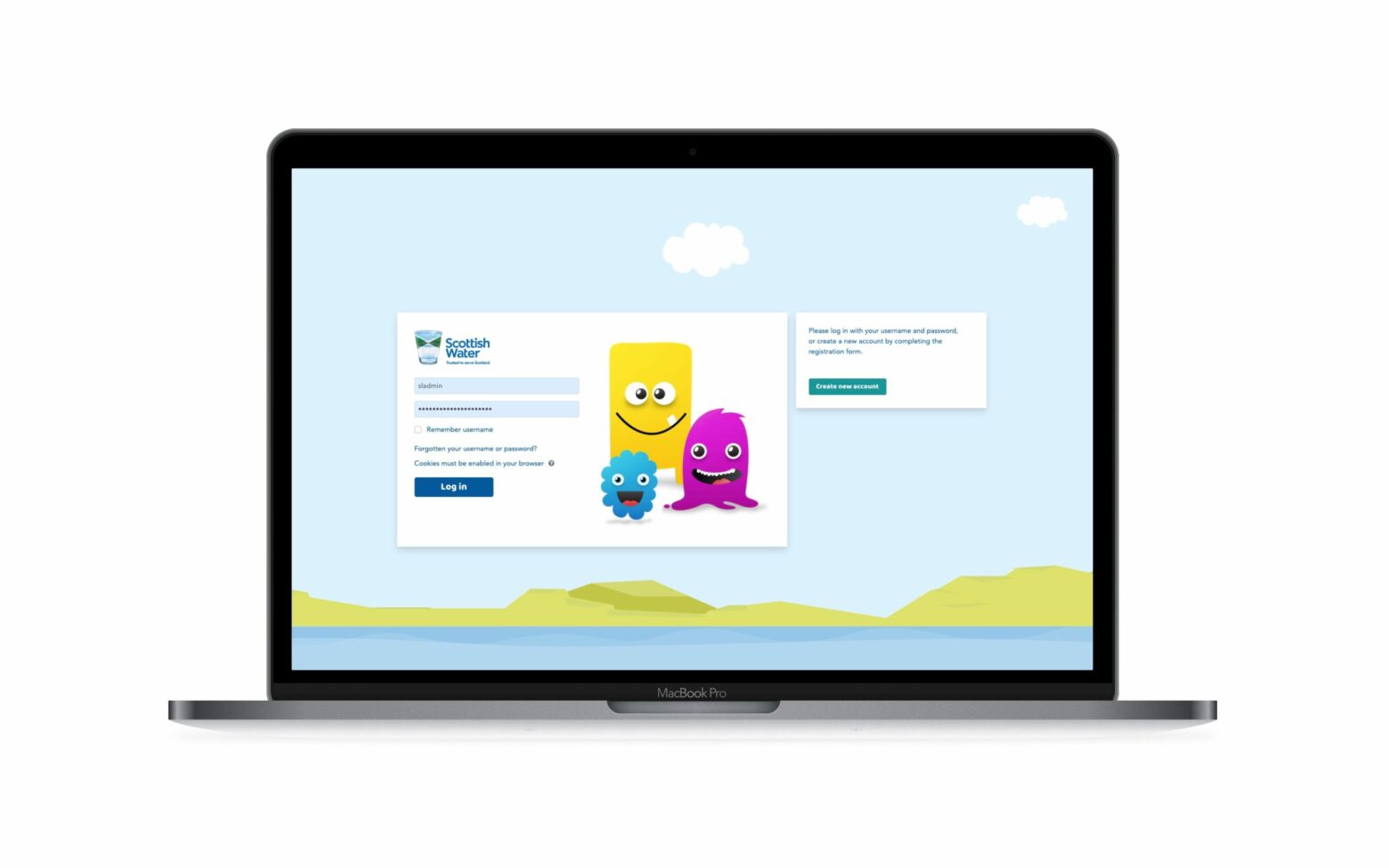 After a process of discovery, we created bespoke user experiences for each of Scottish Water’s two key audiences: schools and its supply chain. We designed an engaging user interface and custom Moodle themes to complement the Scottish Water brand, while also being suited to each audience type.

Our approach was to adopt a simple structure that can be easily managed by Scottish Water, but can also be customised in its imagery and design to be engaging to the varied audiences.

We developed a Moodle LMS site for each of the two key audiences. In both case, the LMS delivers an engaging learning experience using a blend of digital learning methods and multimedia formats.

We provided Scottish Water with technical support on how best to implement, design, build and configure its Moodle LMS. We also offered advice on consultancy on decisions relating to hosting, maintenance and security. Cyber and data security considerations were particularly important given the young target audience for the LMS. 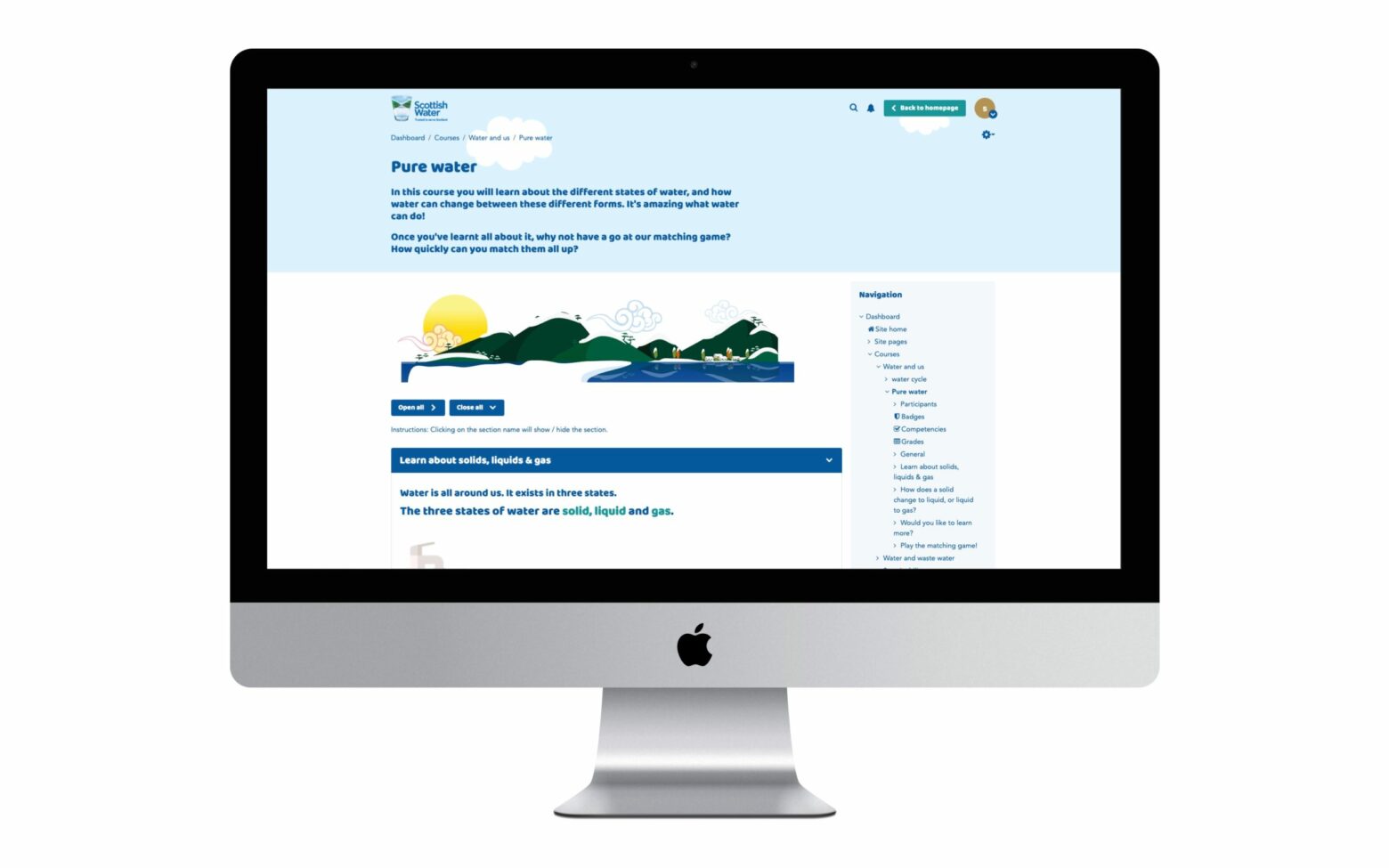 The LMS delivering online learning to Scottish Water’s supply chain is now live and has already been used by suppliers from across the supply chain, including those working in health and safety, construction and project management.

Scottish Water needed to keep its suppliers informed about best practice during the Covid-19 pandemic. Suppliers have been directed to the LMS regularly for updated information, which has made the site a vital resource for ensuring rapid adoption of the latest health and safety guidance.

The education platform is due to launch in late-2020. It will share with young people learning packages about the environment and responsible water use, while also developing STEM skills, meta-skills and digital savviness that Scotland wants in its future workforce. 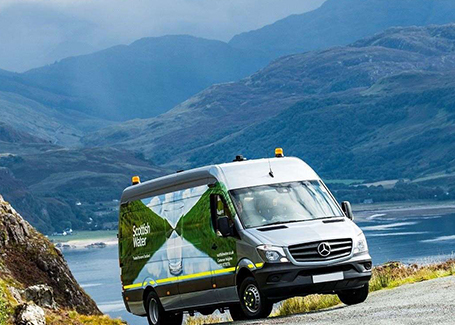 “Synergy Learning were very professional and supportive throughout the design and development process. They work in the way I like to work, which is to be open, honest and relaxed. It felt like we were a team creating the learning hubs together. They brought to this project a lot of creativity and the technical expertise that we didn’t have in-house.”